Panzanella, 3 different recipes. The traditional Tuscan Salad style,  Roman Style with day old bread and tomatoes and a my a delicious onion and tomato style. All easy and all so good! 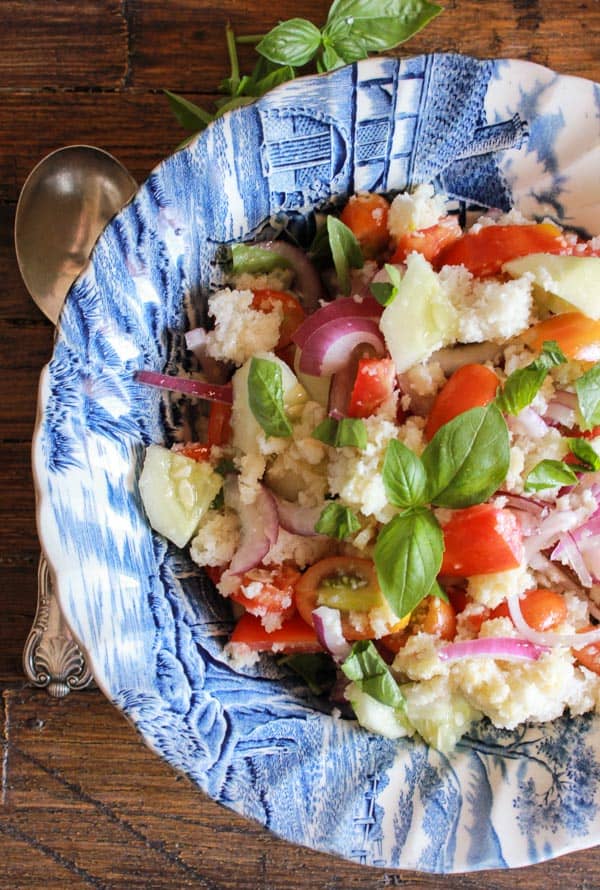 This book has made the rounds in our house. So I thought “ok, why not”. Since a couple of months ago I was lucky enough to visit the amazingly beautiful city of Florence with my sister, I thought this book, Inferno, by Dan Brown, which was based on The Divine Comedy by Dante, would be perfect.

Dante started The Divine Comedy, which is actually an Epic Poem, in 1308 and completed it in 1320, a year before his death. The Poem describes Dante’s journey through Hell,  Purgatory and Paradise.

Dan Brown’s Book Inferno is about the  Harvard professor of symbology, Robert Langdon, who is drawn into a harrowing world centered around . . . Dante’s Inferno. 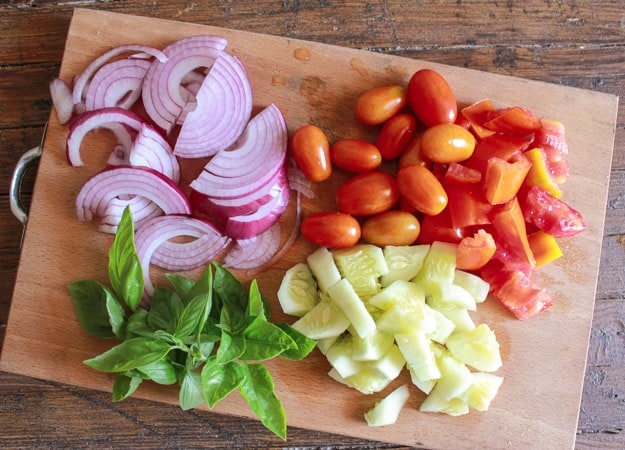 A small intro from the Dan Brown site – “Against this backdrop, Langdon battles a chilling adversary and grapples with an ingenious riddle that pulls him into a landscape of classic art, secret passageways, and futuristic science.

Drawing from Dante’s dark epic poem, Langdon races to find answers and decide whom to trust . . . before the world is irrevocably altered”. I won’t ruin it for you but you should read the book and if you ever get the chance, visit Florence.

So you ask what does Panzanella have to do with the book Inferno? Well, since the book is set in Florence, I decided to make a Florentine dish. There are quite a few famous Florentine foods such as Pane Sciapo (bread without salt), Pappa al Pomodoro (a type of tomato soup) and la Bistecca alla Fiorentina (Florentine steak) just to name a few.

I ended up doing this dish three ways, the traditional recipe,  made with day-old bread which is soaked in water for 20 minutes, crumbled up and tossed with red onions, cucumbers, tomatoes, olive oil, fresh basil and red wine vinegar. 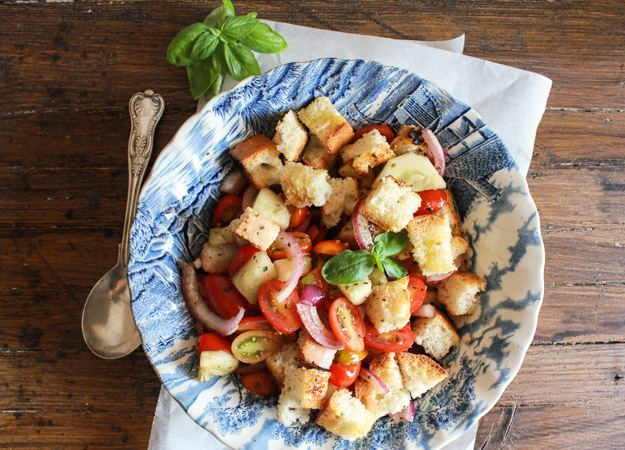 I must say is was pretty good, but it was the moist bread that didn’t go down very well for any of us. Deciding we had to fix that,  my husband had the bright idea of making Bruschetta, drizzle it with a little olive oil and a sprinkle of salt and then cut it into small pieces.

So out went the moist bread and instead it was replaced with some crunchy bruschetta. Perfect!

Then of course was the third recipe which is the Roman way of making Panzanella. August for me has become Puree-making-month. 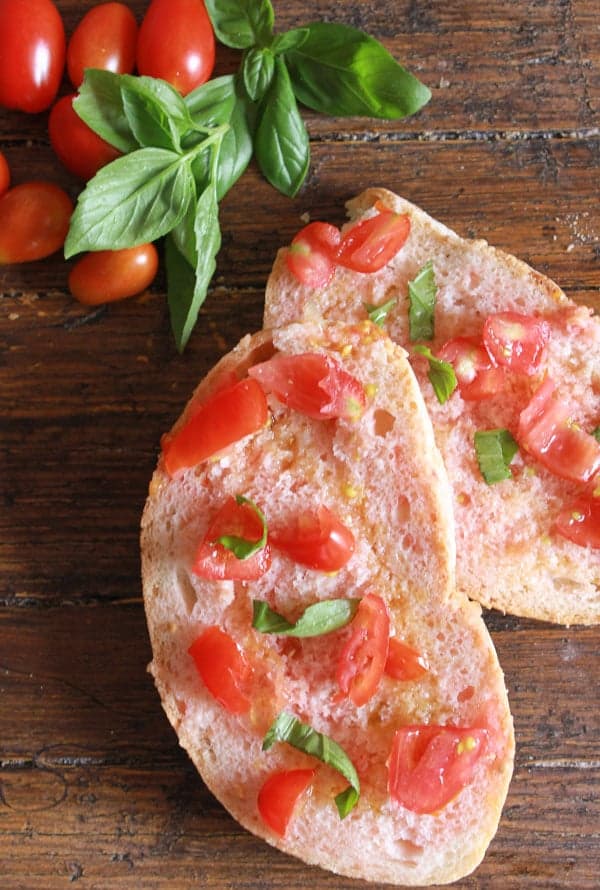 Our family would get together to make our bottled tomatoes and of course there would be a little leftover puree, or a couple of very ripe tomatoes.

Someone would have some leftover bread, we would slice it up and spread with the puree, drizzle with olive oil and a sprinkle of salt. How the kids and adults would run to grab a slice!

Great book! Delicious panzanella dishes too. However you decide to serve it. Enjoy! 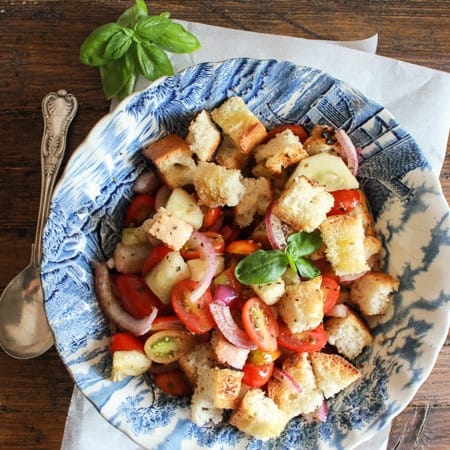