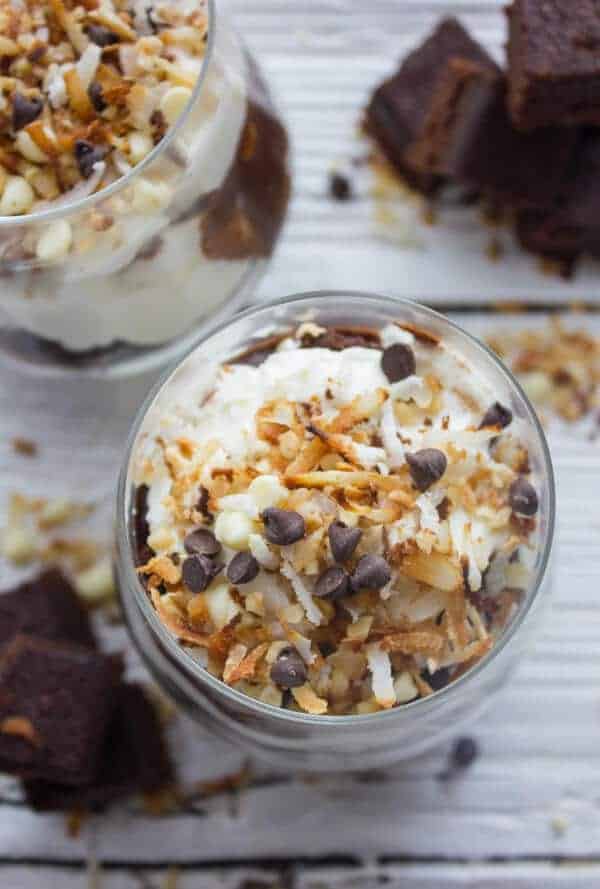 Parfait, where does it come from and what does it mean? The French were the first to make a Parfait, which means Perfect in English. The French Parfait is more like ice cream, made with cream, sugar and eggs.

It was thanks to the Americans who decided to change it up a bit by layering ice cream, fruit, cookies, yogurt and even granola in tall glasses.

So basically what it comes down to is,  when making your own homemade Parfait anything goes. Add your favourite ice  cream, yogurt, crushed cookies, or cake, fruit or chocolate and start layering. 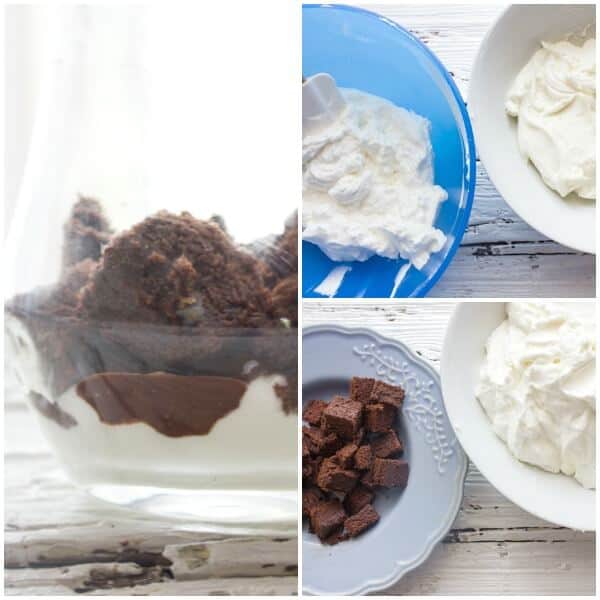 My reason for making this delicious, decadent No-Bake Seven Layer Brownie Cheesecake Parfait, was for a couple of reasons. One, my oven broke!

Well not completely, it refuses to make a cake. At first I thought it was me, but even when I made my tried and true Yogurt Cake and Chocolate Ricotta Cake they came out flat as a pan cake, apparently the temperature is way off, sooooo new oven for me.

And since we were having friends over for dinner, and you can’t have dinner without a dessert! I decided a No-Bake Dessert was on the menu. 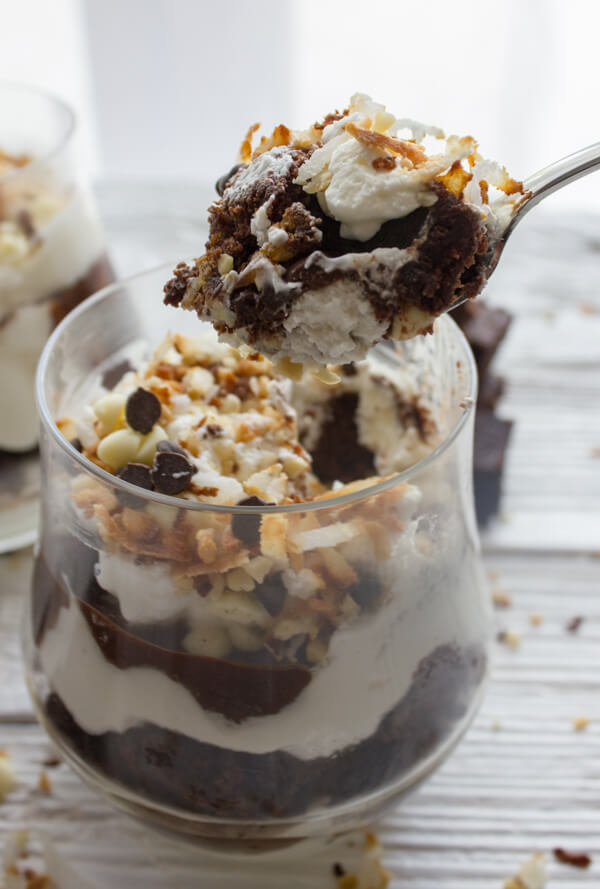 My Italian friends and family go absolutely crazy for cheesecake and seven layer bars (also known as Hello Dollies)! Parfaits aren’t big here so I thought I would combine what they love into something different.

And there you have my Seven Layer Brownie Cheesecake Parfait. Why Brownies you ask? Well, because I really didn’t want to use cookies again and they have a really good store-bought brownie type cake here.

I really wanted to give it a Seven Layer Bar feel, so since I didn’t want to bake it,  but I decided that the chocolate ganache had to have some unmelted chocolate chips just like the bars,  and I wanted that baked coconut taste so next best thing? Toast it! 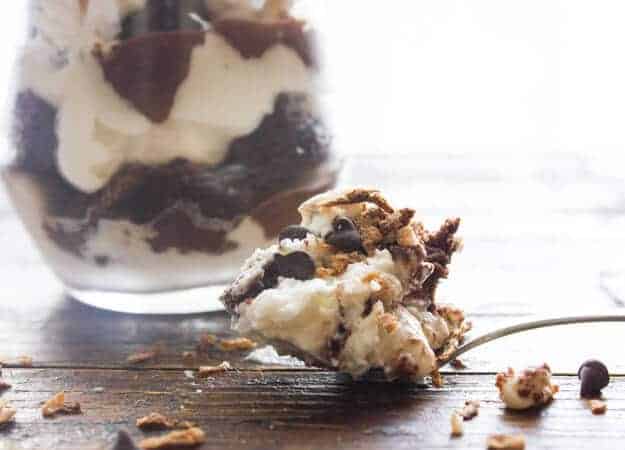 Simple and easy, and of course I could not find shredded coconut, seems my grocery store only carries ground coconut. I shredded fresh coconut myself. Ahhh what we won’t do for a dessert! Baked it in the oven for about 10 minutes and it tasted and worked perfectly.

An absolute, perfectly decadent dessert when combined with the creamy cheesecake filling and a homemade dark chocolate ganache, sprinkle on the toasted coconut and ground nuts, oh yeah lets not forget some extra mini dark chocolate chips and Yup it was gooood! Grab a spoon and enjoy! 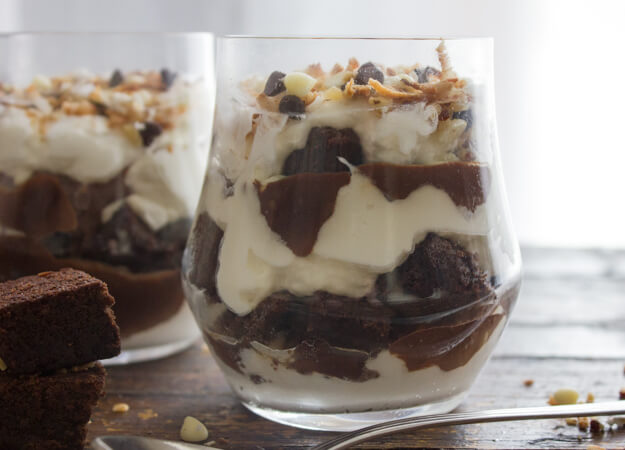 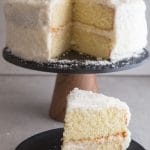 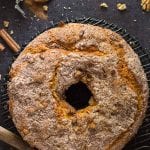 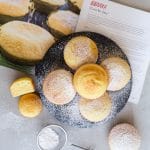 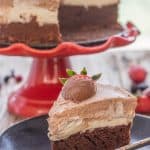 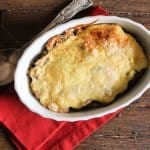 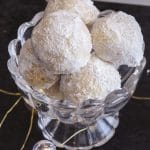