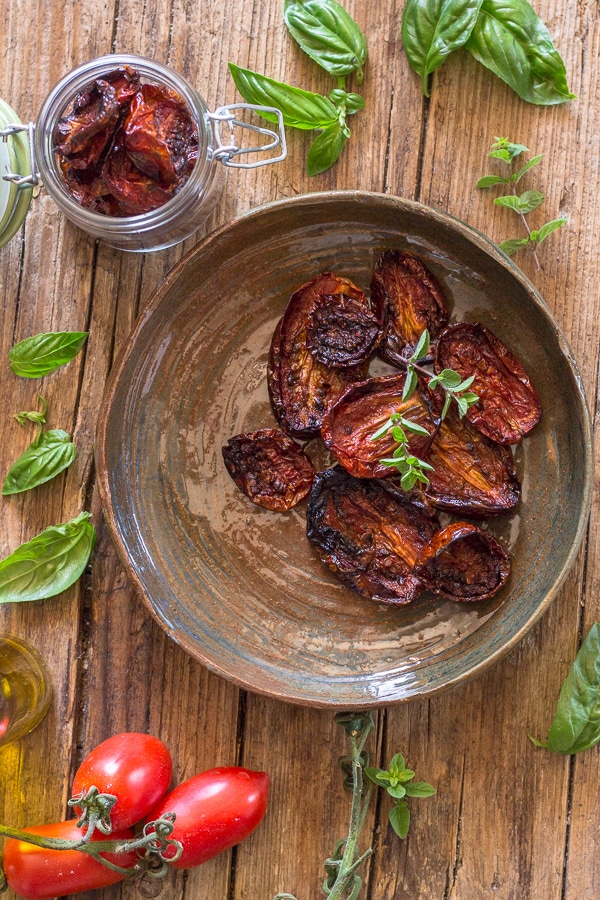 Oven Dried Tomatoes one of our favourite side dishes or appetizers.

When I first came to Italy and tried these delicious Oven Dried Tomatoes I knew they would become one of my favourite ways of using up my summer over- load of tomatoes.

I have to say, many times over the summer and into the fall these have become a lunchtime and dinnertime favourite.

On my return from Canada, I received a late summer bag of tomatoes from our summer vegetable garden. 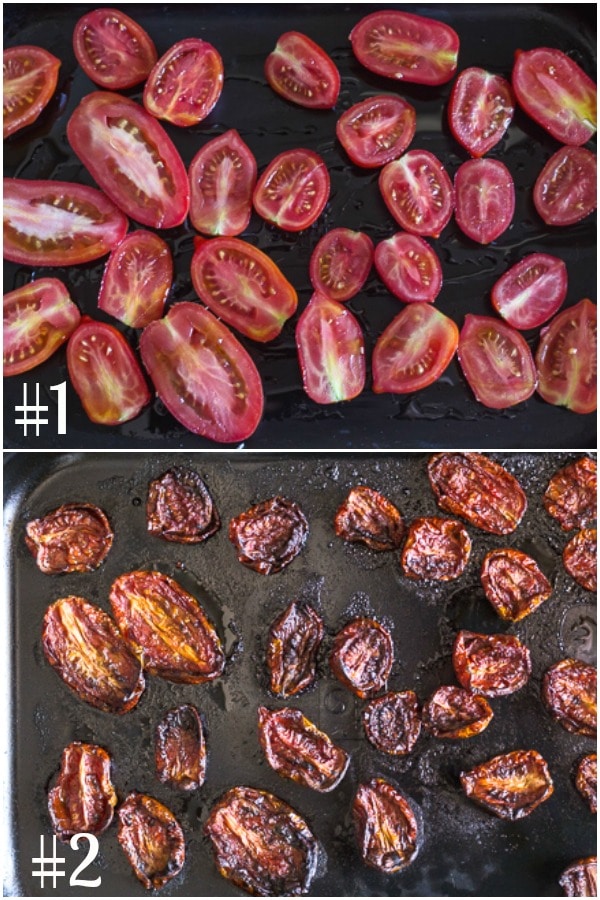 In a few days ago we will pull up all the tomato vines, then my husband will till the soil and once again we start planting our winter vegetables,  broccoli, broccoletti and cauliflower,  just to name a few.

Every time a new veggie season arrives I think of how much I love that season the best. 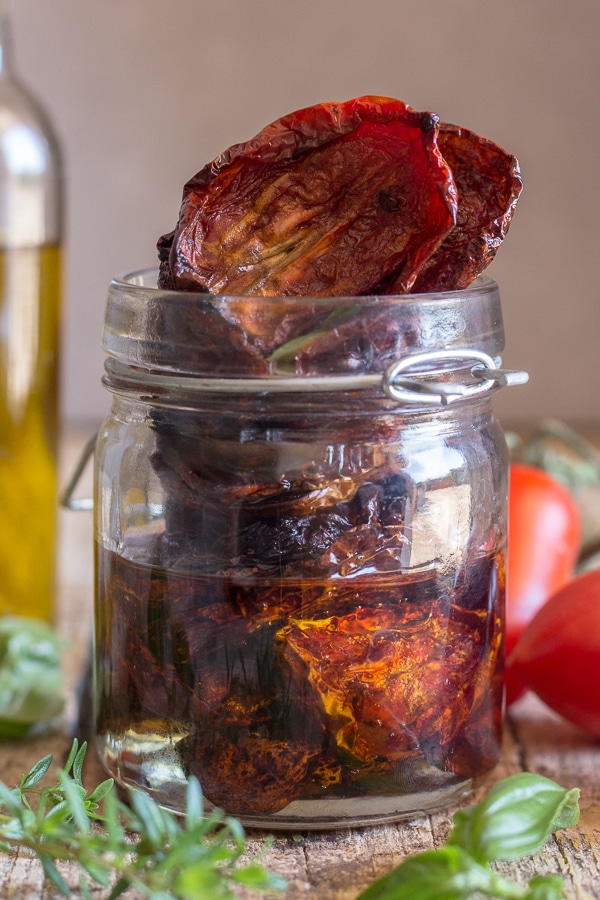 When my mother-in-law was well she would actually sit the tomatoes out to dry in the sun, just thinking about that makes me want to try it again myself.

How to make Sun Dried Tomatoes the Traditional way

So what’s almost as good as that? The oven! Faster than waiting around for a week! It takes about an hour or two. And you will basically have the same results.

These lovely Homemade Oven Dried Tomatoes are tossed with olive oil and fresh spices, so tasty. My husband loves these tomatoes on some  crusty Italian bread. 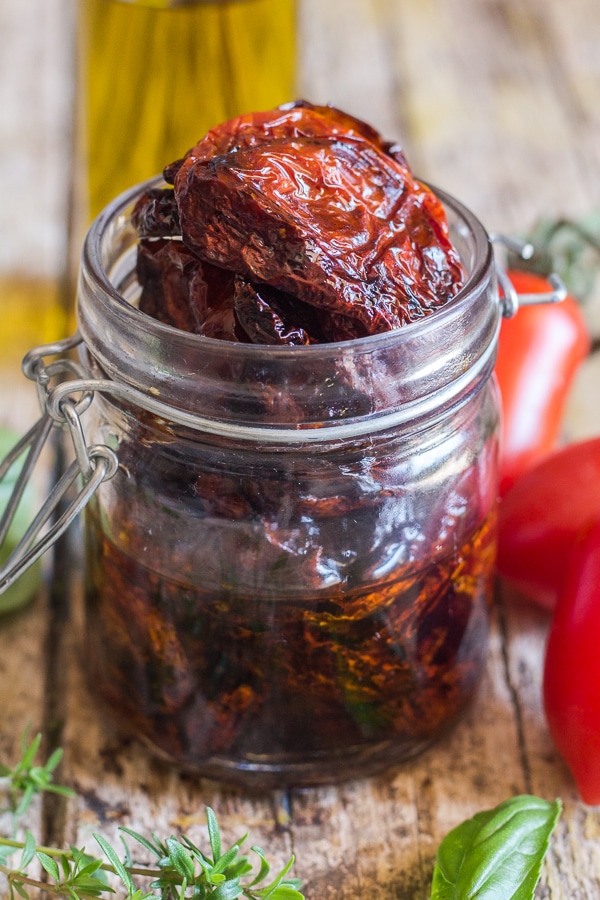 These  Oven Dried Tomatoes would be great as an appetizer or side dish or even tossed with some Pasta or how about Pizza?

Add a nice glass of Italian wine and these oven dried tomatoes become a  fast and easy meal to serve at dinnertime.

I usually make this recipe when we have friends over, in fact my husband’s best friend loves them so much he’s always the one who finishes them. If you do have leftovers store in a jar under olive oil and they will keep up to 6 months in the fridge.

So enjoy these Dried Tomatoes and Buon Appetito! 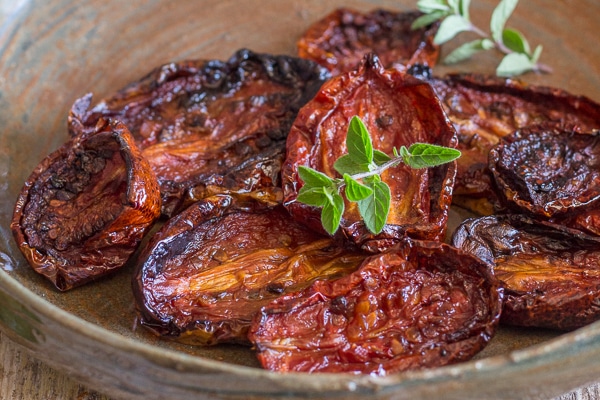 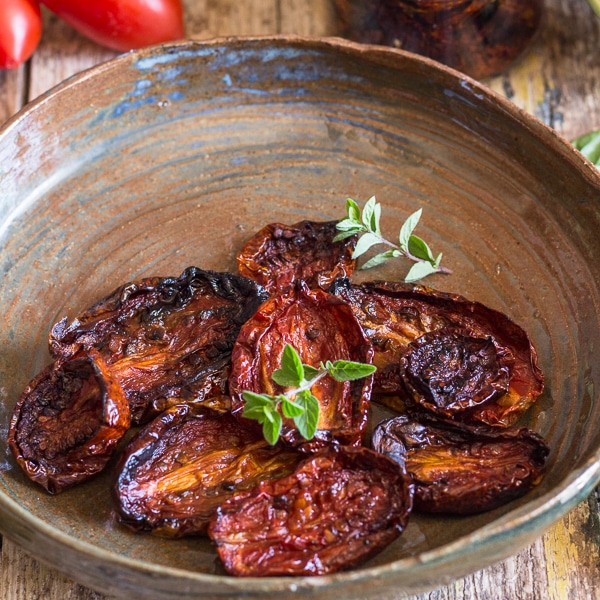 As I was walking down Bloor Street (between Dufferin and Ossington) I noticed a couple of women selling ceramic bowls, cups, and jewlery. I have to say this bowl and a plate caught my eye immediately. So naturally I decided I needed and wanted them for my photos. I also learned that the women who made these articles are women from a wonderful Organization called “Sistering“. Which helps women who are homeless, marginalized  and low income in Toronto. So if you are ever walking down Bloor take a look, I’m sure you will find something that catches your eye, and know you are purchasing something for a great cause. 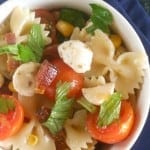 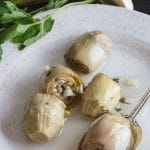 How to make Baby Artichokes under Oil 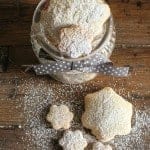 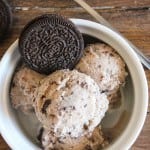 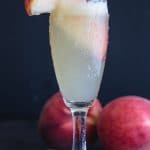 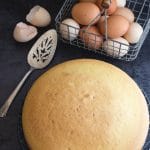