Frosted Marshmallow Fudgy Brownies, a delicious Moist Brownie covered in Melting Marshmallows and a decadent Fudge Topping, all this makes this Brownie the Perfect Chocolate Dessert.

If you love Chocolate as much as me or almost as much as me, you are going to love these Fudgy Brownies. They are rich with the best fudgy texture and, to make them even more decadent, I top them with marshmallows and fudge frosting. This recipe has got to be the original Death by Chocolate because the chocolate flavor is over the top!

My mother would make this recipe every Christmas, and only Christmas. It is the Ultimate Chocolate Decadent Dessert, really rich and ohhhh so delicious. These brownies are not cake-like – they’re so fudgy, just the way a brownie should be.

She would start her baking about 2 or 3 weeks before Christmas and then everything went into the freezer. I certainly didn’t let the freezer get between me and these pieces of brownie heaven.

So, it’s an old favorite that I have to make at least once during the holiday season because it’s really so easy to make from scratch.

All you do is make a pan of rich brownies and, as soon as it comes out of the oven, top it up quickly with marshmallows, and then cover them with a luscious fudgy sauce. Let it cool and then slice it up.

This Marshmallow Fudgy Brownie recipe makes the Perfect Dessert, Christmas or not!

If you use unsalted butter, you will want to add 1/4 teaspoon salt to the recipe.

In a small pot or saucepan, melt the butter on the stove and then remove it from the heat. Add the cocoa powder and whisk until smooth. Transfer the melted chocolate mixture to a medium bowl, and then set it aside to cool.

In a medium bowl beat the eggs and then gradually add the sugar and beat with a hand mixer to combine. Add the cocoa butter mixture, flour, and salt to the wet ingredients. Beat until the brownie batter is smooth and then stir in vanilla.

Spread the mixture in the prepared pan and bake the brownies for approximately 30 to 40 minutes. Check on them at 30 minutes and once a toothpick comes out with just a few moist crumbs they are done.

While the brownies are baking, prepare the fudge frosting. First, sift the powdered sugar, cocoa powder, and salt in a mixing bowl.

In a small saucepan or pot, heat the milk and butter. Don’t let it boil, just warm them over medium-low to low heat. Once the butter is melted take the pan off the heat and let the mixture cool for a few minutes.

Add the powdered sugar and vanilla and beat until the frosting is smooth. If the frosting is too thick, add a small amount of milk (one tablespoon at a time) until it’s thick but still pourable.

When the brownies are done baking, remove the pan from the oven and immediately press the marshmallows on top of the brownies.

Let the brownies cool for 10 minutes in the pan placed on a wire rack and then pour the fudge frosting over the top of the marshmallows. Spread it into an even layer.

Wait until the marshmallow brownies are completely cooled before slicing into squares for serving or store them in an airtight container.

You can store the brownies at room temperature for up to 2 days in an airtight container, I like to separate the squares with layers of parchment paper or wax paper so they don’t stick to each other.

You can also keep them in the refrigerator for 4-5 days, just bring them to room temperature before serving.

You can also store them in the freezer in a freezer safe container. They will keep up to 2 months in the freezer, be. sure to separate the layers with parchment paper. You could also freeze the squares on a cookie sheet until firm then move to the container.

This is one Fudge Brownies Recipe you are going to want to try now and not wait for Christmas! The taste is rich and decadent with the brownies, gooey marshmallow, and delicious chocolate topping. Make a batch and treat yourself – Enjoy!

* If using unsalted butter then add 1/4 teaspoon of salt.

Store the brownies at room temperature for up to 2 days in an airtight container, I like to separate the squares with layers of parchment paper or wax paper so they don’t stick to each other. Or you can store them in the fridge for up to 5 days. Bring them to room temperature before serving. You can also store them in the freezer in a freezer safe container. They will keep up to 2 months in the freezer, be. sure to separate the layers with parchment paper. You could also freeze the squares on a cookie sheet until firm then move to the container. 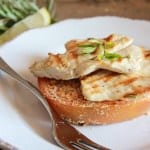 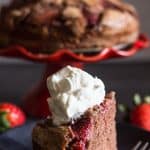 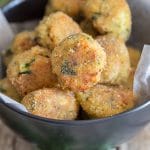 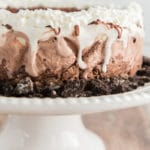