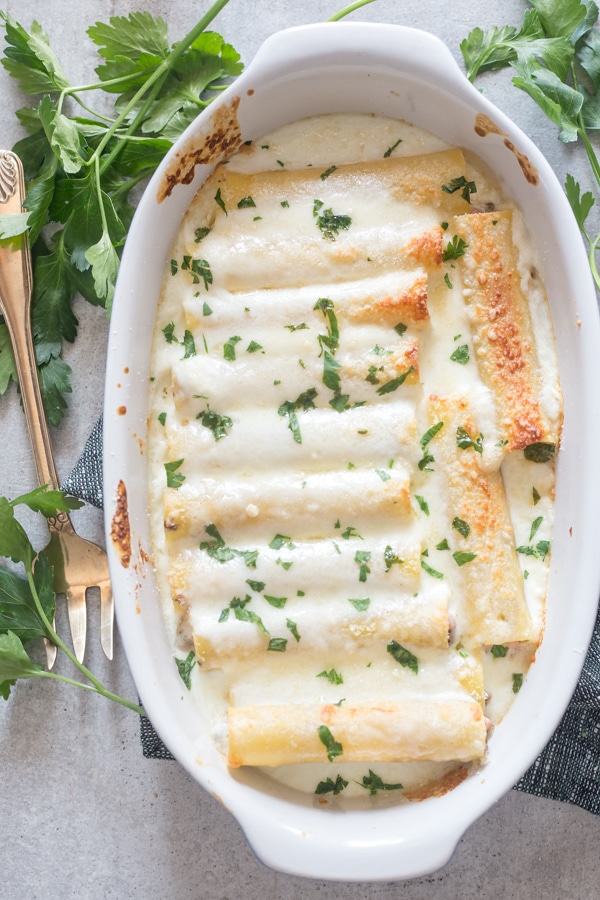 Yesterday in Italy we were celebrating Martedi Grasso or Shrove Tuesday.

In Italy it is the last day of Carnivale, a very cute holiday for children, they dress up and spend the afternoon with their parents in the Town Square.

Everyone eats Frappe and Castagnole! And that was the day I remade my Ham and Cheese Stuffed Cannelloni. 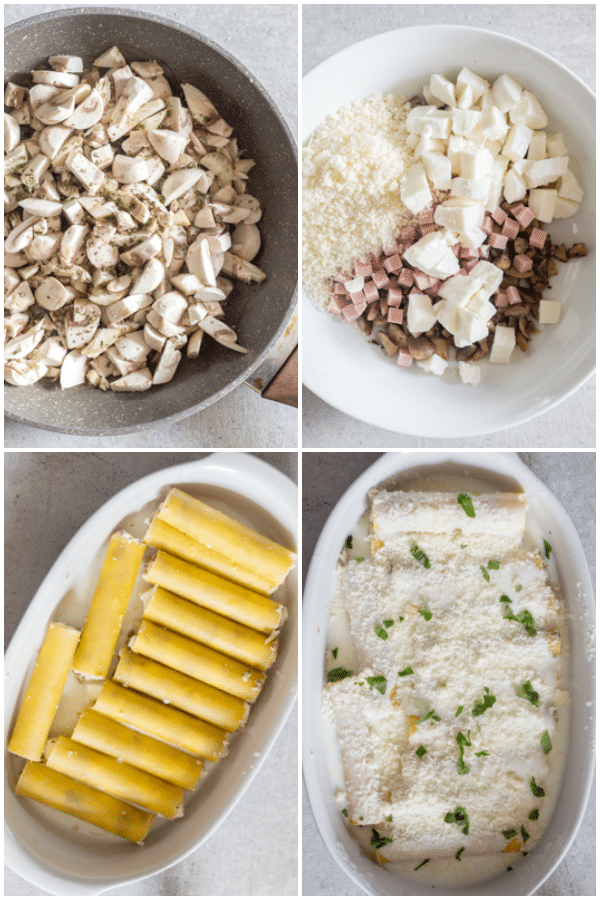 What is the difference between Cannelloni and Manicotti?

To tell the truth I really can’t say there is much difference. Some say Manicotti is an Italian American term for Cannelloni.

Which I can actually believe because I have never heard an Italian in Italy say Manicotti.

Some say Manicotti is a filled crepe rather than a dry Pasta Shell which is a Cannelloni.

Although I have seen recipes for Manicotti made with pasta shells. Some say Manicotti is filled with a cheese filling and Cannelloni with meat.

One is made with a red sauce and the other a white sauce. But I say, whatever you want to call this Baked Dish, Cannelloni or Manicotti it’s delicious either way. 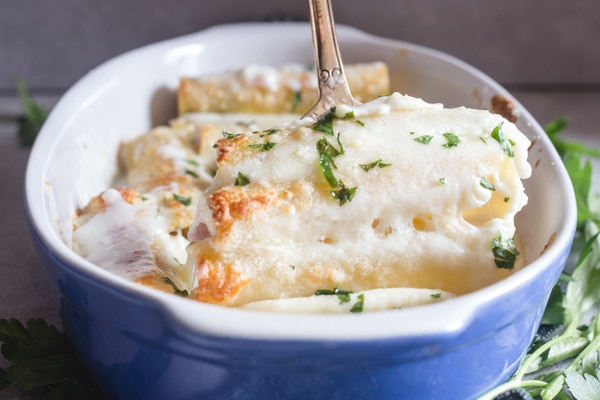 Should the noodles be cooked before stuffing?

I would say yes, make sure to cook them in boiling salted water just until very al dente, they will finish cooking in the oven.

Also make sure to separate and dry them when you remove them from the water or they will stick together.

How to store it

Cooked Cannelloni or Manicotti should be kept in the fridge for up to 3 -4 days.

Uncooked Manicotti or Cannelloni can be frozen in air tight containers or bags. They will keep for up to 1-2 months. 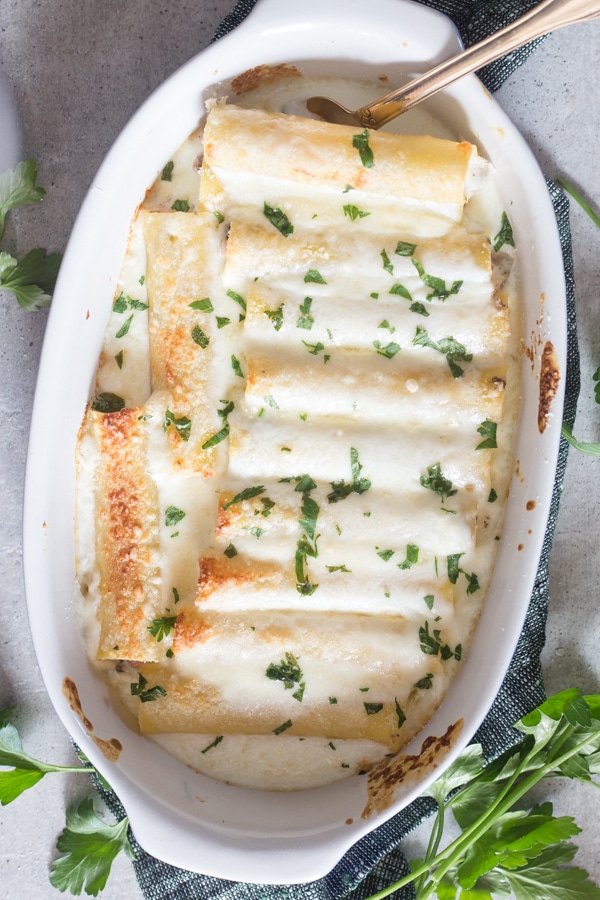 How to Cook Frozen Cannelloni

Place frozen pasta in a baking pan and cover with desired sauce, cover the pan with foil and bake for approximately 35 minutes. Let stand 5-10 minutes before serving.

So however you call this Ham and Cheese Cannelloni I hope you enjoy it. Buon Appetito! 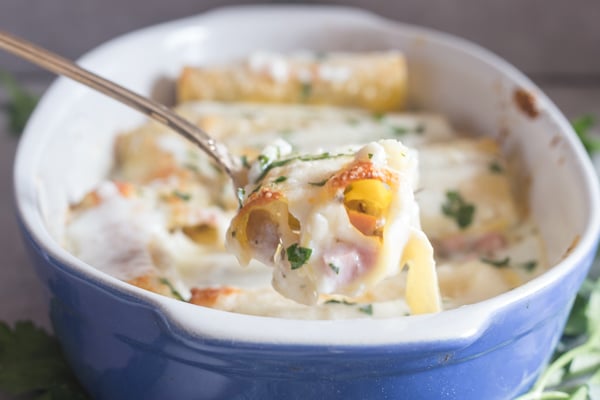 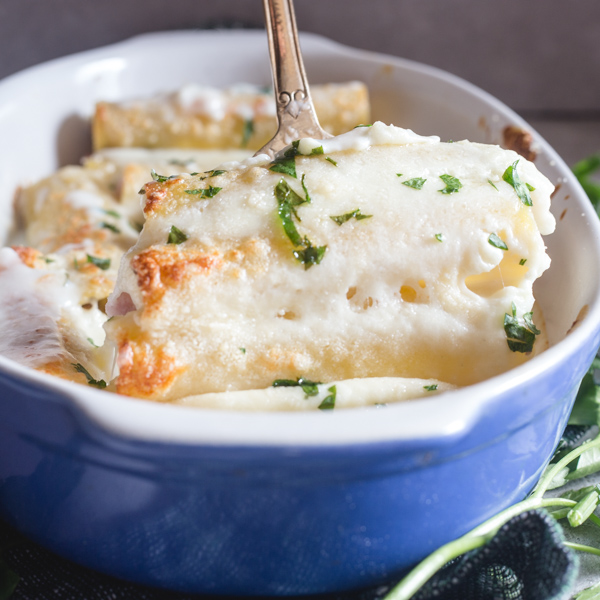 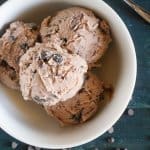 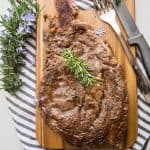 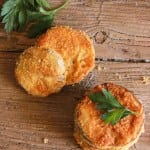 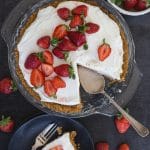 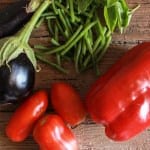