This Easy Italian Potato Soup is a simple Soup Recipe. So easy and quick to make. Perfect anytime, lunch or dinner. Make it vegetarian/vegan or add some sliced Italian Sausage or Pancetta if you prefer. So good either way! 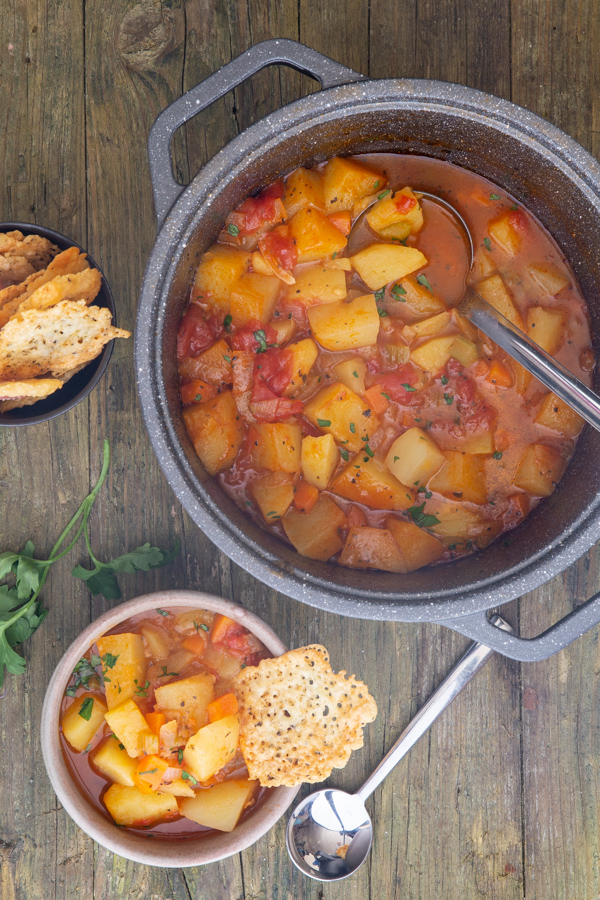 These days I have been making more soup than pasta. It’s actually pretty chilly here in Italy so a hot bowl of soup is exactly what you need. This Potato Soup was something I used to make a lot when the kids were little and I thought why not make a pot? So glad I did!

How to make it

In a large pot add the oil and chopped carrot, celery and onion. 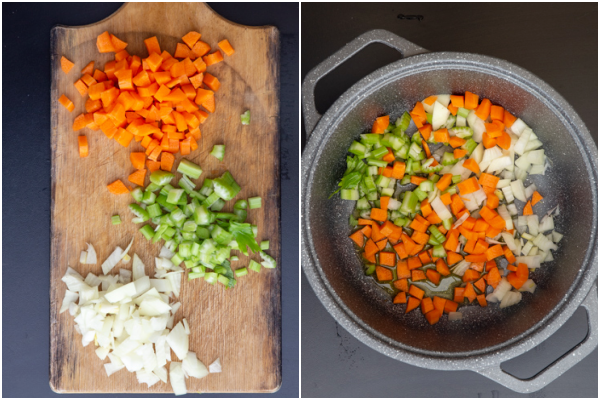 Cook until the onion is transparent stirring often so the veggies don’t burn. 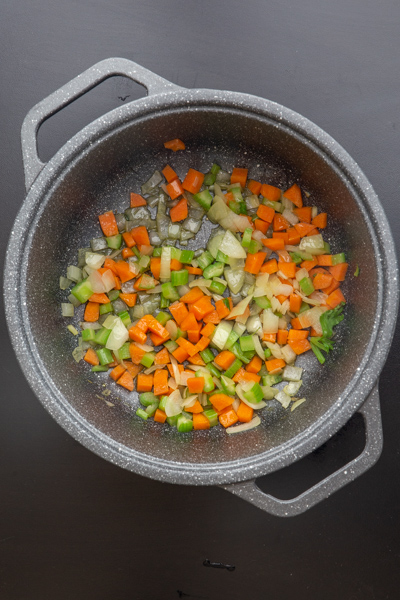 Add the potatoes, tomatoes and broth. Bring to a boil, reduce heat, cover the pot and simmer for about 20 minutes, uncover and cook for about 5-10 minutes, until the potatoes are tender. Serve topped with freshly chopped parsley and or freshly grated parmesan cheese. 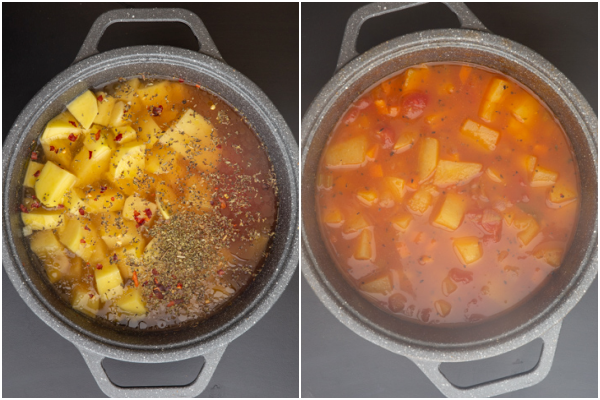 What are the best potatoes for soup?

The best potatoes for soup should be low in starch and high moisture which means they will hold together better and won’t fall apart when boiled. Potatoes such as Anya, Charlotte, Red Potatoes and Royal Blue to name a few are perfect for boiling or even using in a salad. A medium starch potato such as Yukon Gold will also hold it’s shape in soups.

Should you peal the potatoes first?

It’s up to you, leaving the skin on the potato can give you a different texture and flavour in the soup. I usually peel but it doesn’t matter. 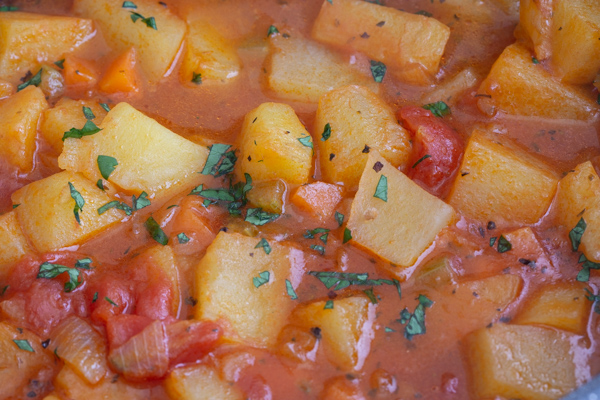 How to make homemade broth

In a large pot add a few pieces of meat or chicken (bone in is also a good idea) or as I did for this recipe I used only vegetables, a carrot and an onion peeled and cut in half, a celery stalk cut in two, a bay leaf, 2-3 pepper corns, 1/4-1/2 teaspoon of salt and 12 cups of water. Bring it to a boil then lower the heat and simmer for about three hours. Stir occasionally and remove any foam that appears on the top of the broth. Pour the broth through a sieve, and let the liquid cool before using.

Any unused broth can be stored in the fridge in an airtight container for 4-5 days. It can also be frozen in freezer safe containers and will keep for up to 6 months.

If you prefer you can always use store bought broth, just be careful about adding the salt, store bought can be very salty. It would be best to make the soup and taste for salt after it is cooked.

Can I add meat to the soup?

I kept this soup meat free because I think we eat too much meat, but if you want you can add some cut up Italian sausages, pancetta or even small cubes of stewing beef. Be sure to add the meat to brown with the vegetables at the start. 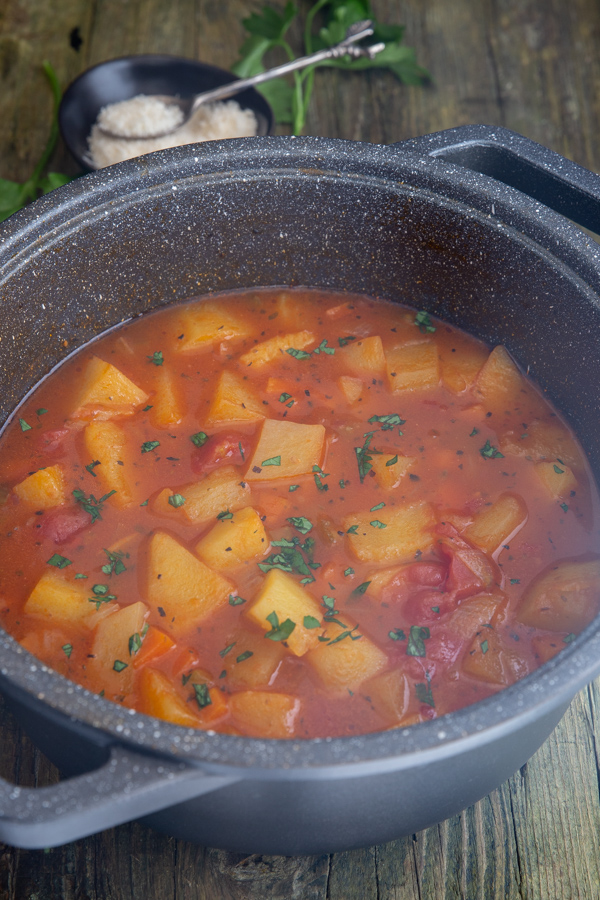 What to serve with it?

In Italy sometimes soup is served as the “primo piatto” or first plate, then a meat or fish dish is served after. In this case I think a light Frittata would be the perfect accompaniment. If you are looking to serve this Hearty Potato Soup as a main meal then a delicious chunky Bread or Focaccia.

What is the best bread to serve with soup?

Anything from an Italian Bread, or a No Yeast Bread,  how about a tasty Beer Bread or even this delicious Sour Dough Bread. Or keep it simple with crackers or cheese crisps.

So if you are looking for a new soup recipe to try then I hope you give this Homemade Hearty Potato Soup a try and let me know what you think! Buon Appetito. 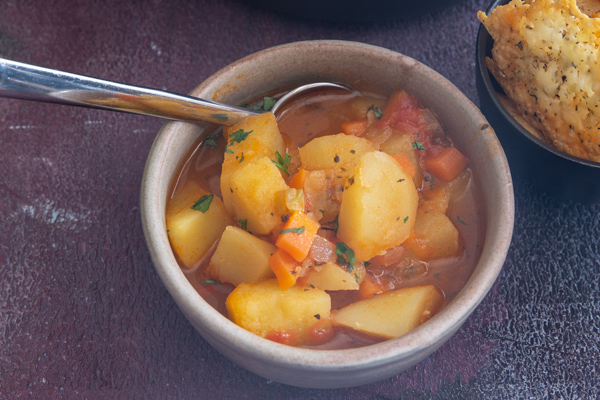 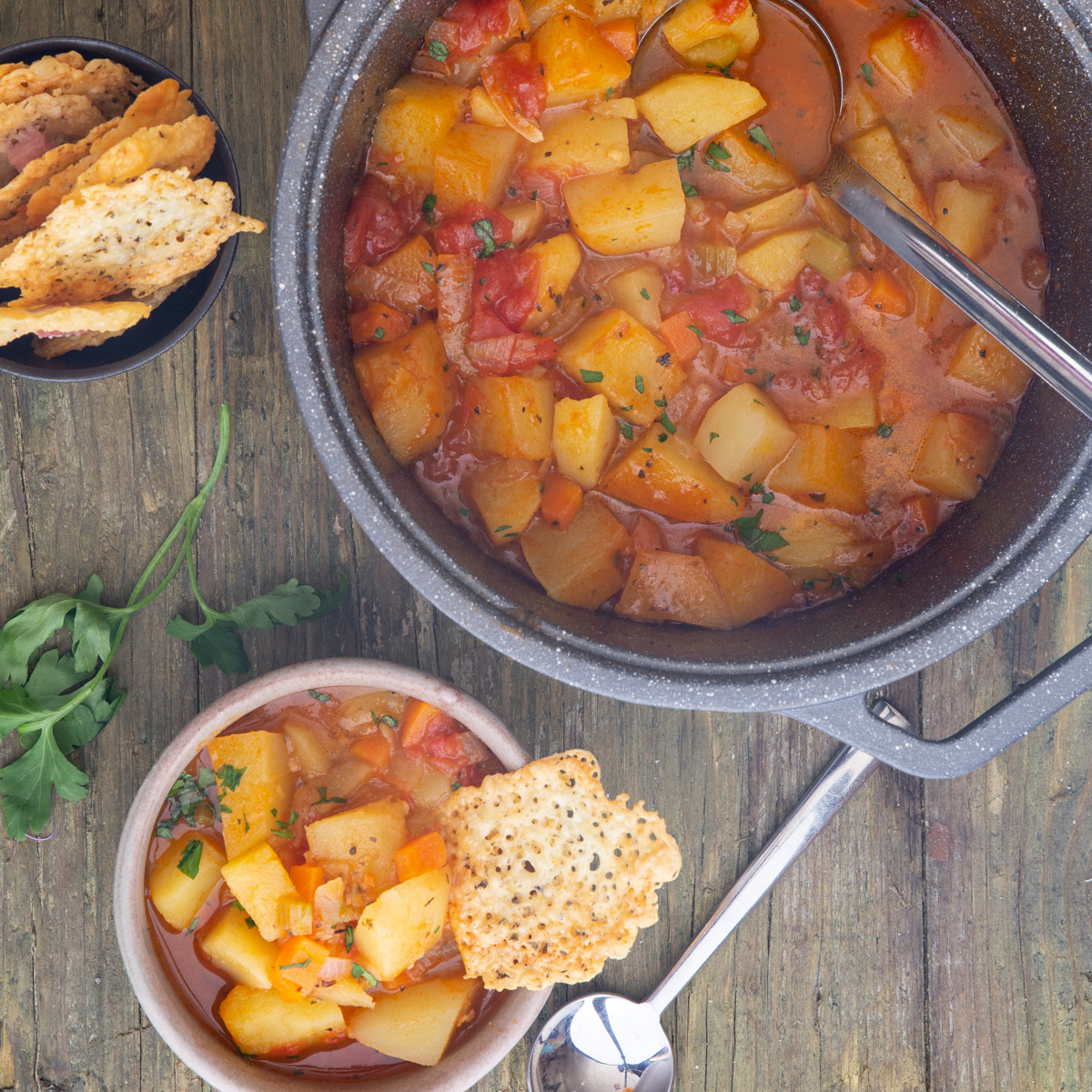 This all depends on if you use homemade broth or store bought, I find store bought very salty so I don't add salt. Taste the soup when almost done then adjust for salt. 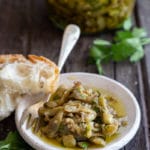 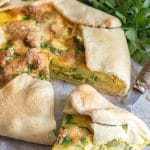 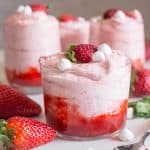 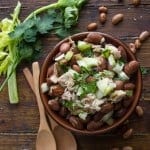 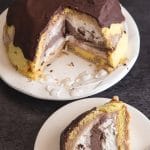